Home » »Unlabelled » Why a Lot of People Suck at This Game Called Life?

Why a Lot of People Suck at This Game Called Life? 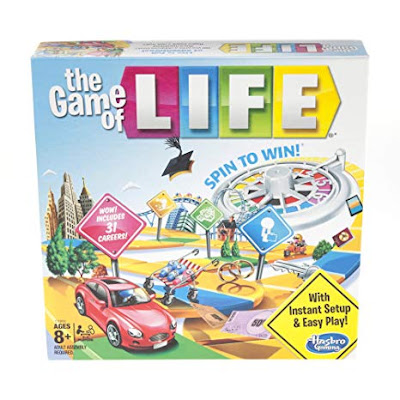 Many people are struggling in the game of life because they misunderstood many things about the game itself. Let's clear the air on some of them.

1. The Purpose of The Game

It's difficult to win a game if you don't even know the purpose of the game.

The purpose of the game of life is to generate and contribute as much positive impact to others and the world.

Happiness is NOT the purpose of the game. Happiness and fulfillment are valuable rewards and by-products when you play the game right.

2. Who Are You Competing Against

You are NOT competing against the rest of the world. It's not "Me vs The World".

Many people who misunderstood thinking it's a "Me vs The World" game, ended up focusing most of their energy to a non-player of the game.

Because of it, these people became confused, insecure, loosing confidence, and even depressed because they feel like it's an impossible game to win.

Well, you can't win a game against a non-player. So who are the players?

The players in the game of life is "Me vs Time".

But understand this: As an opponent, Time does not have the same purpose as you. Time's task is simply to minimize your positive impact and contribution.

Understand your opponent, and capitalize its weakness.

But Time also has its weakness that you can truly capitalize. No matter how much strengths it has gathered against you in the past, the moment you start using it for the purpose of the game, its strength gets weaker.

And, as you do this, you are simultaneously absorbing its strengths and grow stronger yourself.

4. What Are The Rewards

As mentioned earlier: Happiness and an incredible sense of meaning and fulfillment.

These rewards are experienced during AND (depending on people's beliefs) after the game.

By becoming a true student of life, you can be a teacher for life.

Life, is an exciting game indeed.